From the introduction to the paper:

This newspaper you hold took one year to put together with six volunteer editors, one designer, and 19 Advisory Group members. To fund it took hundreds of people at two grassroots fundraisers (one in December at UE Hall and another in August at Yollocalli), one grant from the Driehaus Foundation/MacArthur Fund for Arts & Culture that took five people to write, and numerous other volunteers. And last but not least, it took 45 contributors to produce the content, work with editors and think about their ideas in relationship to the issues broad theme: Infrastructures and Institutions.

For AREA, Infrastructure and Institutions hold an important place in our evolution. What was said above of this issue could have been said for all of the previous nine issues we have released. Over the last five years, we have built an infrastructure from scratch in order to produce these publications. And in the process, we have created an institutionan established organization that documents and networks the amazing arts, research, education, and activism taking place here in Chicago. Thats right, we consider this a networking projectthe newspaper is a bi-product of all of these relationships coming together and getting strengthened. READ MORE 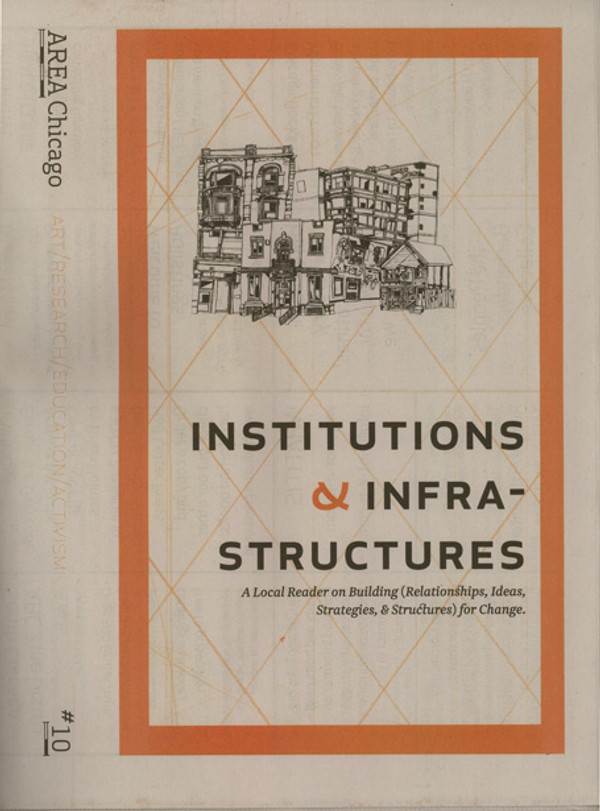 AREA Chicago #5: How We Learn