From the introduction by the Editors:

"On Tuesday May 4th, 1886 around 10:30 PM, an unknown person threw a bomb at members of the Chicago police force who were entering Desplaines Street north of Randolph. One officer died in the resulting chaos, police opened fire. Seven further policemen died, many, it seems, due to their colleagues' bullets. The police had moved into Desplaines to disperse a crowd of around two hundred peaceful spectators, the remaining members of a larger meeting that had gathered to hear speeches decrying police brutality and supporting labor reform and unions that had begun some three hours previously. These events, the subsequent trial of eight men for their supposed role in plotting the bomb attack, and the execution of four of them on November 11th, 1887, have become known as the Haymarket incident, named after the market square just to the southwest of the meeting site and bombing."

Who better than AREA Chicago to find a multitude of ways of tackling the enormity of Haymarket? This booklet, packed with writing includes essays by Paul Durica, David Roediger, Sam Mitrani reflecting on Haymarket after 9/11, Jerry Mead-Lucero on 134 years of social struggle in Chicago's Pilsen neighborhood, drawings by Larry Shure, Euan Hague on Historic Landmark designation, Haymarket monument proposals with Nicolas Lampert and a host of others, Paul Buhle and Penelope Rosemont on the recent history of Charles H. Kerr Publishing, Anthony Rayson interviewed about South Chicago ABC Zine Distro by Samuel Barnett, an interview with Teko Saso, Alma Washington, and a Haymarket bibliography and list of further reading suggestions. 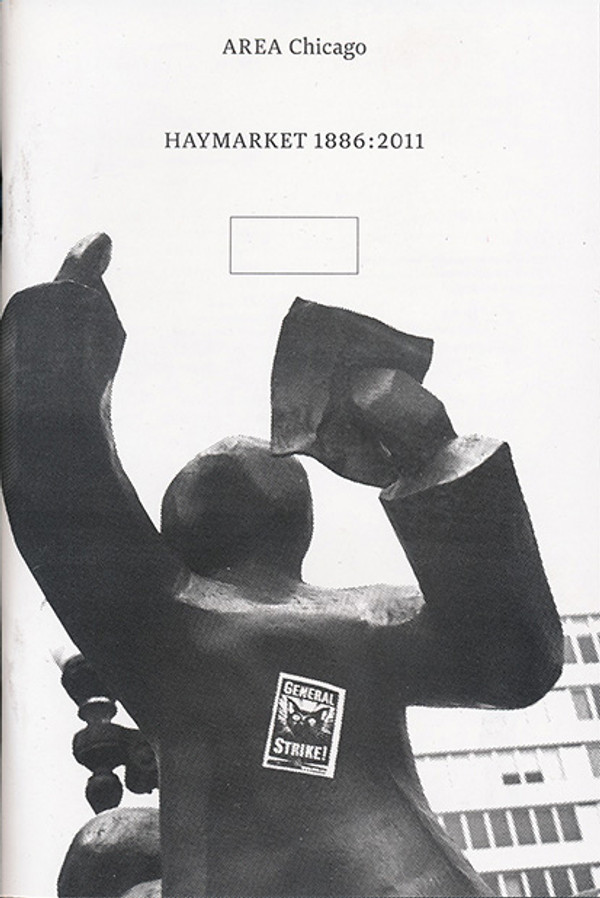