Public Collectors booklet #67, for those who have been counting. The interior text, which is alternately irreverent, painful, funny, and angry, is probably better experienced as a surprise so this listing is deliberately short on scans. From the back cover:

ANGELO’S ASHES -OR- TO LIVE AND DIE IN L.A. tells the story of how I handled the end of life arrangements for my friend Angelo. This booklet consists of a series of Facebook posts that I made in the months following Angelo’s death. I learned of his death from his landlord who had my phone number because I was Angelo’s emergency contact. Angelo did not leave a will and had no next of kin.

I live in Chicago and Angelo died in Los Angeles. The bureaucracy of dealing with his death was intense and social media provided a place to vent as well as collect advice from friends. I did not want Angelo to receive an anonymous burial in a mass grave so I had to file an Ex Parte Petition to claim his body, have him cremated, and obtain a death certificate.

I knew Angelo for roughly 25 years. He collaborated with the group I’m part of, Temporary Services, on the project and book Prisoners’ Inventions. I was his closest and primary friend. For most of the time I knew Angelo, he was incarcerated. Two years before his death, Angelo was released from prison, in part because of my advocacy and promise to the state that I could care for him. Our friendship, until after his release when we finally met in person, was based solely on postal correspondence and a couple phone calls.

Angelo worked for the post office and dealt with prison administrators for years. He was no stranger to tedious procedures. I think he would have enjoyed this booklet. I hope my writing makes things easier for anyone else who might find themselves in a similar situation. 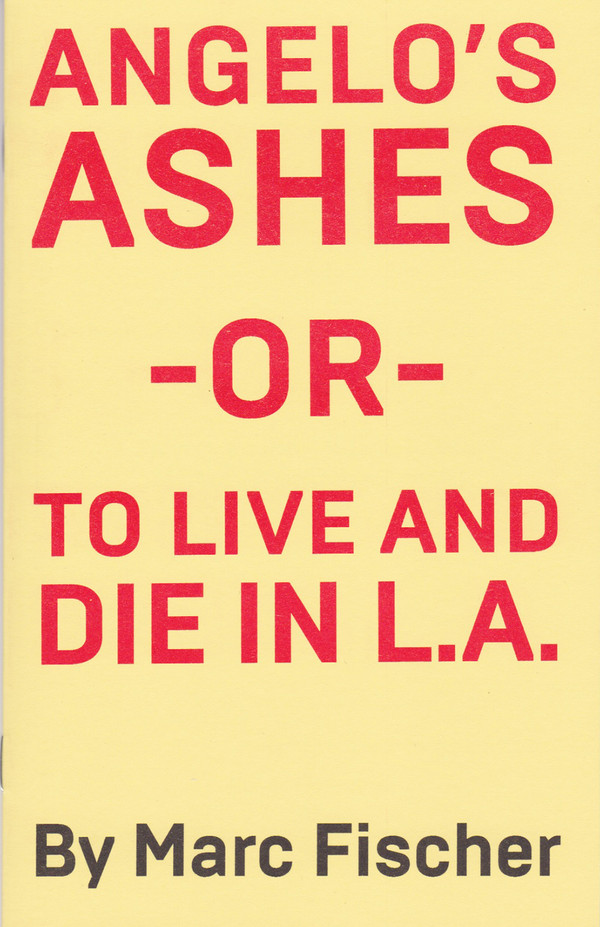 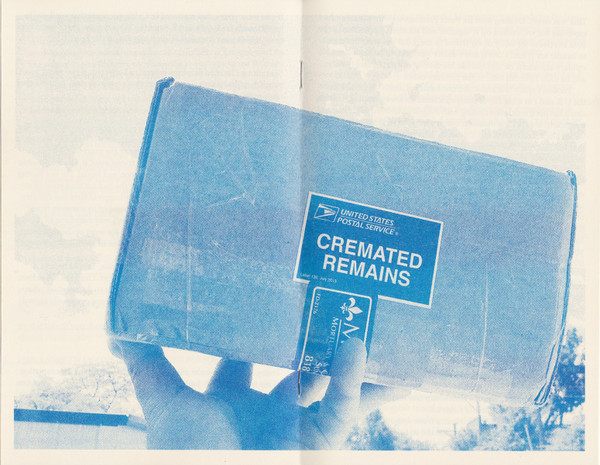 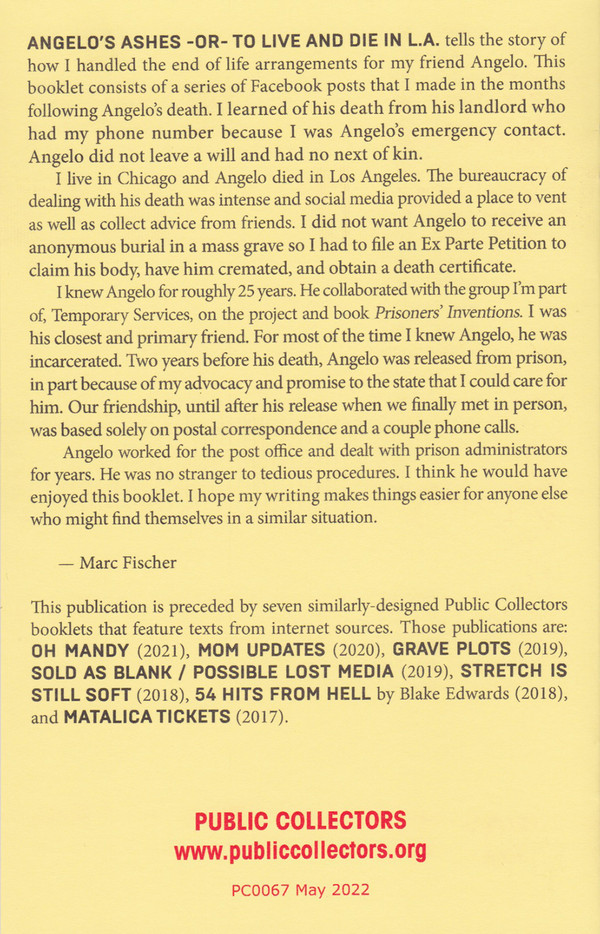 A somewhat sad. but ultimately satisfying conclusion to the Angelo story

I loved Prisoners' Inventions, and this epilogue seems fitting in its way. And also educational.

This small publication was eye-opening to a process that should not be so difficult, especially amidst grief. Marc Fisher's testimony is honest, funny, angry at times, and overall relatable. A great companion to "Prisoner's Inventions". Definitely recommend.

If you want to understand the blurring of Art and life, don't buy this - it's just about life, death and bureaucracy. Marc Fischer's collected posts from Fb can be summed up by the description of two hours spent in a Bank Manager's office whilst they are on hold to their own beneficiary services. The Bank Manager even leaves Marc to deal with the call on a couple of occasions. Spoiler alert Beneficiary services don't take calls. Beckett would have loved it.