The storied ABC No Rio - a place for radical culture, music, and art - began in all out confrontation when 3 artists, who were a part of a much larger group Colab (short for Colaborative Projects), broke into a city-owned former bus depot on New York's Lower East Side in 1980. The short lived show - The Real Estate Show - they mounted included many artists who made work about the gentrification that was starting to rapidly redefine the neighborhood. The show was closed by the police triggering immediate media attention. This brought out legendary "social sculputure" artist Joseph Beuys, who was in NY at the time, for a visit to support the artists whose work was being held hostage by city cops. Beuys's visit helped to secure the mythological beginning of ABC No Rio. The City of New York gave the current building, at 156 Rivington St., to Colab in exchange for vacating the bus terminal.

This book is packed with material chronicling the glorious, frenzied atmosphere of art, politics, music and radical culture of the Lower East Side in the 1980s. It is brimming with art, music, poetry, manifestos, and other contributions by ABC No Rio co-founders Alan Moore and Marc Miller, Group Material, Fashion/Moda, PAD/D (Political Art Documentation/Distribution), Tim Rollins, Lucy Lippard, Adam Purple, Charlie Ahearn (and his movie Wild Style one of the first about the emergence of hip hop culture), Amiri Baraka, Christy Rupp, Peter Fend, Kiki Smith, The San Francisco Poster Brigade, and many others. There is a profile of the vibrant neighborhood music scene that included venues like CBGB's, Max's Kansas City, and The Mudd Club, which was instrumental in coalescing the New Wave music style. The book also functions as a catalog for several of the earliest exhibitions at the space.

At exactly the size of a letter sheet of paper, this book was made to be photocopied. The book is filled to the margins and has the urgency of a zine or photocopied pamphlet. This aesthetic serves the content of the book well and gives a strong sense of the time and people who produced this fantastic book. However, you must take care when handling it. Our copies are in brand new, uncirculated condition, but the glue in the binding has become brittle with age. Normal use of the book shouldn't cause any problems, but photocopying or any other stress on the book could cause the glue to break.

What others have to say:

The first '80s artists to show on the Lower East Side were "political" and acutely aware of bringing their work into a startlingly anti-art world context. I'm talking about the infamous hit-and-run Real Estate Show, closed by police after one day, January 1, 1980. About 35 artists--their boltcutters in a guitar case--managed to break into an abandoned city-owned building on Delancey Street. Few people ever saw the work, aimed at "celebrating insurrectionary urban development." But no matter. In retrospect, the Real Estate Show was a conceptual project, the idea that it happened much more consequential than anything exhibited. (READ MORE...)
- Review of the book in THE VILLAGE VOICE LITERARY SUPPLEMENT, September, 1985 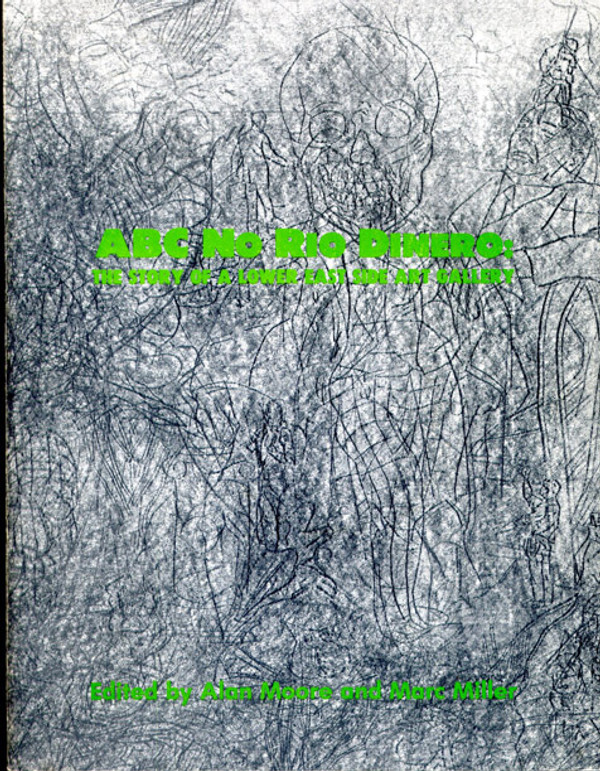