Artist and educator Laurie Palmer, a member of the late collaborative group Haha, initiated this compelling project that had an early incarnation at Temporary Services' old office space on 202 S. State Street. This book followed a greatly expanded exhibition at the defunct not for profit space Gallery 312.

"In 1988, the city of Chicago declared three acres of public land along Lake Michigan the future home of DuSable Parka green refuge dedicated to Chicago's first settler, Jean Baptiste Point DuSable. The park has yet to emerge, however, and it is possible that these three lakefront acres could be sold to developers. In 2001, Chicago artist Laurie Palmer sent out an open request for proposals, and the resulting artwork became an innovative exhibit.

This inspiring collaboration of Chicago's artists, architects, and activists to bring the plight of DuSable Park to the public has now been catalogued in 3 Acres on the Lake. This volume includes fascinating and thought-provoking renderings of the imagined DuSable Park, as well as commentary on the project and other public space issues from many of its contributors. 3 Acres on the Lake will be insightful reading for anyone interested in urban planning, landscape architecture, and the struggle to preserve public space in American cities." 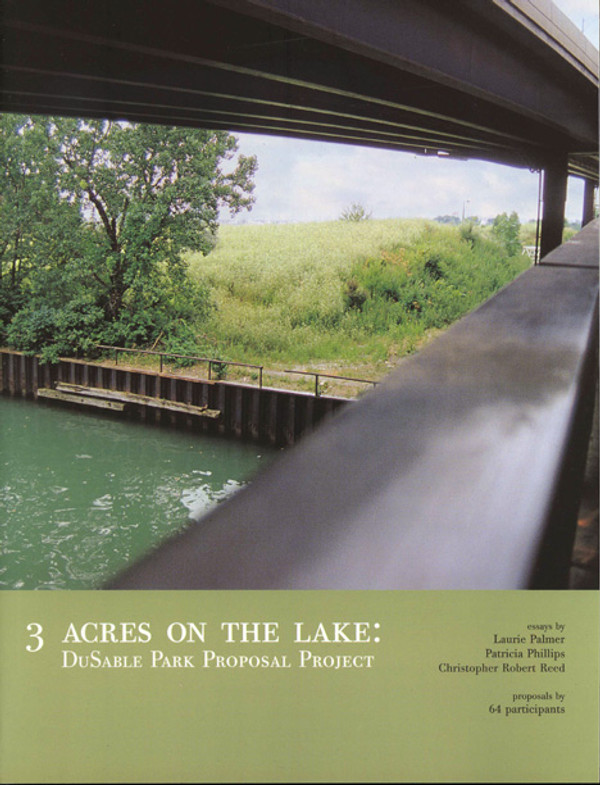